Feeling motivated to write some match previews after an amazing second round encounter between Serena Williams and Victoria Azarenka, in which the 23-time Grand Slam champion came through with a hard fought 7-5 6-3 victory. The order of play on Sunday features a couple more hard-hitting match-ups, and hopefully they’ll come close to matching the heights of Serena and Victoria. Read on for previews of Kvitova-V.Williams and Sabalenka-Tomljanovic…

Both players are multiple Wimbledon champions but their respective forms couldn’t be more different at the moment. Petra Kvitova is No.1 on the Race to Shenzhen at the moment, after claiming the title in Sydney and reaching finals at the Australian Open and Dubai, losing to Naomi Osaka and Belinda Bencic respectively. Kvitova wasn’t playing her best tennis at all in Dubai but the way she was able to fight and grit out the wins were impressive. Indian Wells could be another of those weeks for Kvitova as the Czech has never been able to play really well in the desert with her best result quarterfinal runs in 2013 and 2016.

Kvitova has 17 wins to her name this season, compared to Venus Williams’ four! Her level from the 2017 season has totally dissipated and the arm injury that she suffered from last year still seems to be an issue at the moment, after being spotted with the arm sleeve this week. Add an illness that she was suffering against Andrea Petkovic in the first round and Williams is really struggling for form at the moment. Her 6-4 0-6 6-3 victory over Petkovic was a match with loads of twists and turns, but Venus’ fighting spirit shone through with a surge of aggression at the end.

Thoughts: Well this could be interesting. Every single match that they’ve played have went to three sets, and it wouldn’t be surprising to see that happen again, though this one could be a little messier than their previous ones. The slow conditions in Indian Wells doesn’t suit either player though the home crowd will definitely give Venus some sort of boost during the match. With the injury concerns and lack of form, I have to go for Petra to come through though. 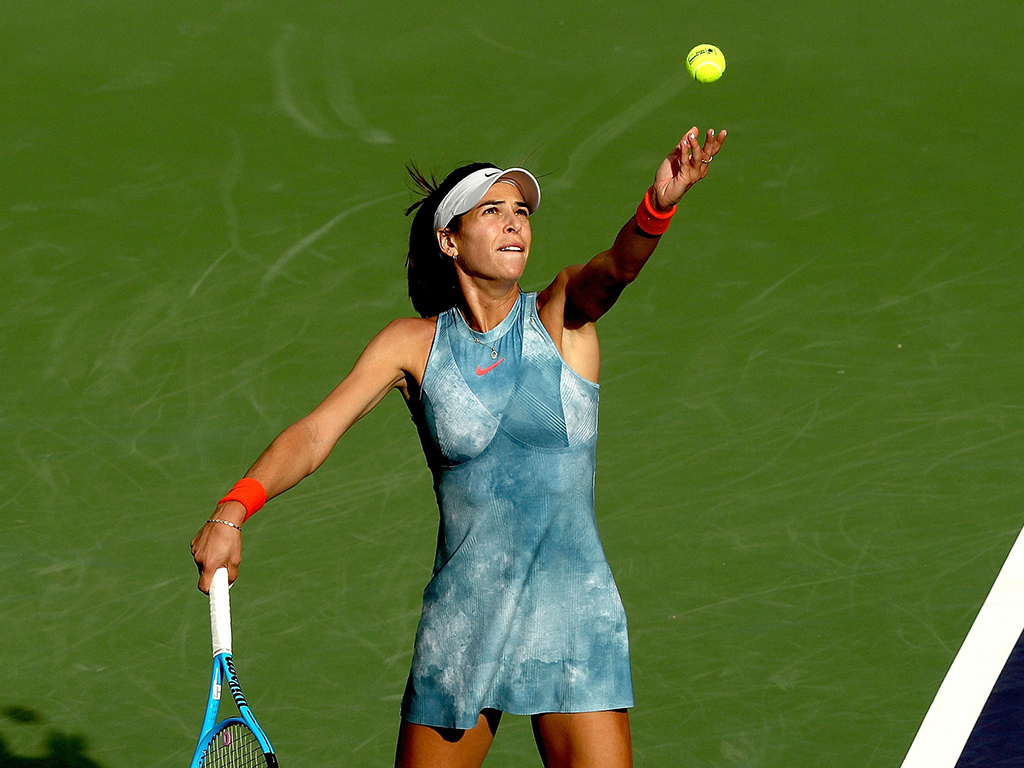 Aryna Sabalenka has continued her winning ways from the 2018 season with a 12-4 win-loss record so far and a title to her name already in Shenzhen. Her losses so far have come to Kvitova, Amanda Anisimova, Kiki Bertens and Belinda Bencic… not too bad at all! The Bencic loss would have been a tough one to digest though after the Belarusian had six match points before falling to her in a third set tiebreak, which was what Bencic needed to find back her footing to go all the way in Dubai. It will be interesting to see what Sabalenka can do this fortnight back off a tough loss and having to deal with the special conditions in Indian Wells.

Alja Tomljanovic is quietly rising up the world rankings and reached a career-high of No.40 back in February after a final appearance in Hua Hin. Tomljanovic’s career has always been blighted by injuries so it has been nice to see her career go on an upward trend ever since returning to the tour back in 2017. Something that Tomljanovic has never been able to achieve in the last few years is a first WTA title though, and although she pretty much has a complete game, nerves have always been an issue for the Australian. It was especially obvious when she a game away from a first title in Hua Hin, but lost in a match tiebreak to Dayana Yastremska in the final. The loss hasn’t really seemed to affect her game though, as she continued her good form with a 7-5 6-3 dismissal of Alize Cornet in the first round here.

Head to head: Sabalenka won their only previous meeting last year on grass in ‘s-Hertogenbosch, securing the victory with a comeback 3-6 7-6(5) 6-0 scoreline.

Thoughts: Having an extra match to adjust to the conditions here definitely would have done Tomljanovic a world of good, and I think she definitely can match Sabalenka groundstroke for groundstroke and cause a ton of difficulties for her. I wouldn’t be surprised if Tomljanovic comes through, but with her lack of ability to close out big wins, still inclined to go with Sabalenka to score the win.

Thanks for reading! Please check out my Indian Wells predictions here or at the top of the page!