It’s stunning how the Australian Open’s just eight days away! The first week of tennis has been really exciting and intriguing and before we head to Melbourne, some players will head to the second Premier event of the year in Sydney to finish up their preparations before heading to the first Slam of the year. The line-up in Sydney is absolutely stunning with seven of the world’s top ten (eight, before Naomi Osaka withdrew) set to head here. Typically, the main draw is brilliant with some stand-out first rounders. Read on for the tournament preview…

Note: Please note that since writing the preview, Karolina Pliskova and Lesia Tsurenko have withdrawn from the tournament. 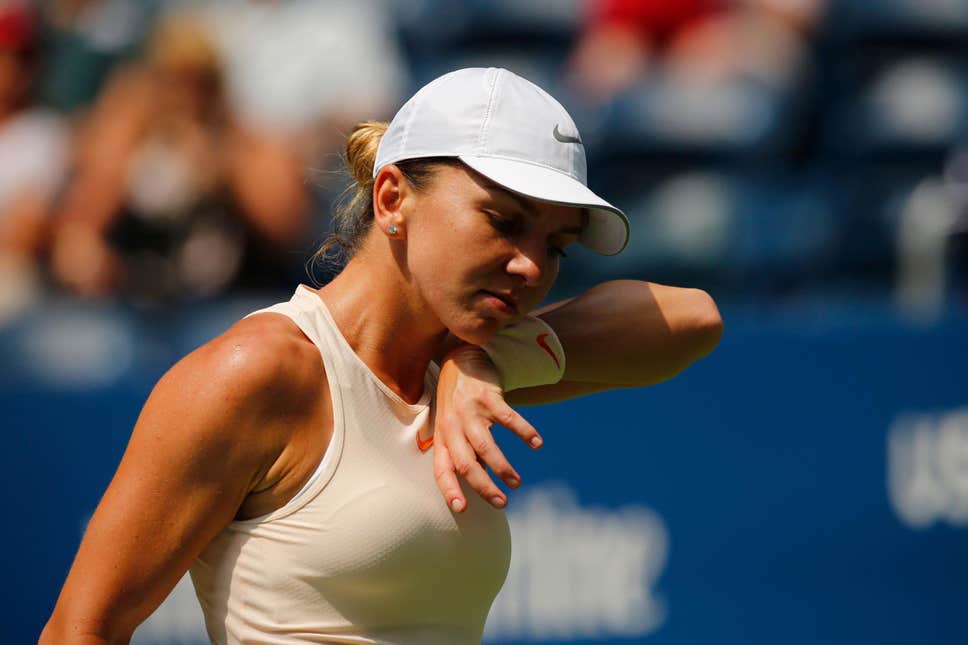 Halep will be playing her first tournament since Beijing after the World No.1 was forced to end her 2018 season due to injuries. The Romanian has mentioned that she’s feeling alright but in a competitive match, it’s definitely going to be a little different. The defending Australian Open finalist will definitely hope to get some matches before the first Slam of the year begins a week later.

Draw projections: The top two seeds have a first round bye, so Halep’s first opponent of the year will be against Jelena Ostapenko or Ashleigh Barty. What a first rounder that could turn out to be! The other seed in Halep’s quarter is Brisbane finalist (as of writing) Karolina Pliskova.

Kerber has begun the new season on a high after another Hopman Cup final appearance, with wins over Garbiñe Muguruza, Alizé Cornet, Ashleigh Barty and Belinda Bencic in singles. Kerber looks as motivated as usual and seems to be adopting a more aggressive gameplan to start the year, definitely way different from the tennis she produced post-Wimbledon. The defending Sydney champion is looking good but the only worries are that she suffers from a burnout before the Australian Open. Let’s see what happens…

Stat: Kerber has appeared at the Sydney International for the past six years – this year will be her seventh straight appearance!

Draw projections: Kerber’s first match of the week will either be a rematch of last year’s semifinal against Camila Giorgi or wildcard Alja Tomljanovic in a massive hard-hitting battle. Kerber is projected to face Petra Kvitova in the quarterfinals.

Stephens kicked off her 2019 season with a straight-set loss to Johanna Konta. It wasn’t a very good performance from Stephens who struck 16 winners to 34 unforced errors but from Stephens’ press conferences anecdotes, she probably won’t be too uptight about the loss and head to Sydney to get more matches before the Australian Open. Not too worried about Sloane as she always throws in a bizarre performance or two but manages to get her game going for the big events. We’ll see if Stephens can do so this week in Sydney.

Draw projections: Stephens will play a qualifier or a lucky loser in the first round, before another qualifier or Daria Gavrilova in the next round. Stephens is seeded to play No.7 seed Kiki Bertens in the quarterfinals.

It wasn’t a bright start to the new year for the two-time Wimbledon champion  – Kvitova needed more than three hours to fend off Danielle Collins in the first round of Brisbane, before promptly losing to Anett Kontaveit in straights afterwards. Kvitova has taken a wildcard into Sydney which is probably a good choice as she definitely needs more matches to shake off the rust.

Draw projections: Kvitova has gotten a terrible draw and her first rounder will be against Aryna Sabalenka!!!! Sabalenka though is coming off a title at Shenzhen and perhaps may take some time off to prepare for the Australian Open. Anyway, the winner of that match will play a qualifier or the tricky Hsieh Su-Wei in the next round.

As of writing, Pliskova is still playing in Brisbane and has fought off competent opponents in Yulia Putintseva, Marie Bouzkova, Alja Tomljanovic and Donna Vekic to reach another Brisbane final where she will play Lesia Tsurenko. The groundstrokes and baseline game hasn’t clicked into full gear just yet for Pliskova, though the serving has been pretty good, striking 14 aces in her win against Tomljanovic. Pliskova’s a former finalist in Sydney though this will be her first appearance at the tournament since 2016.

Draw projections: If Pliskova chooses to head to Sydney, it will be a rematch of the Brisbane final against Lesia Tsurenko. The player who makes it through will play Elise Mertens or Anett Kontaveit, another highlight of the first rounders in Sydney.

Bertens has started 2019 the way she ended 2018, continuing the theme of powerful serves, forceful forehands and gritty fighting qualities. While she was able to fight through a tough opener in Elise Mertens in Brisbane, she was unable to do so against Donna Vekic, failing to capitalise on two match points. From the highlights, Bertens hasn’t been playing her best tennis just yet but if she continues to be motivated and not feel added pressure from her elevated ranking, her best level will definitely come sooner or later.

Draw projections: Bertens plays a qualifier or lucky loser in the first round, before a Spaniard in the next round in Garbiñe Muguruza or Carla Suarez Navarro. What a fantastic first rounder…

Just like Stephens, Kasatkina was thrashed out in the first round in Brisbane by World No.283 Kimberly Birrell. Birrell was outplaying Kasatkina, was way more solid in their exchanges, and managed to hold her nerve in her first top ten win of the season. Kasatkina wasn’t great but you can cut her some slack considering this was her first match of the year. Also, Kasatkina and her coach have been working on something new over the off-season and obviously, it means that she’ll need some time to adjust to it.

Draw projections: Kasatkina will just need to play qualifiers or lucky losers to get into the quarterfinals, but if you see the depth of the qualifying draw, it still isn’t going to be easy… If she manages to win two matches, she’s seeded to play Anastasija Sevastova in the quarterfinals.

Sevastova is seriously underrated – it seems like no one took notice of her in Brisbane, even when she was playing amazing! Sevastova absolutely dismantled Daria Gavrilova and Harriet Dart before falling short against Naomi Osaka in a three-setter. Sevastova was at her tricky best in Brisbane all week and if she’s able to stay focused, she’ll definitely be a tough ask for many players with her tricky shots.

Draw projections: Sevastova will meet the returning-from-injury Timea Bacsinszky in her opener, with the winner playing Dominika Cibulkova or wildcard Samantha Stosur in the second round.