The first main draw of the 2018 tennis season has been released with the Brisbane International line-up producing a number of high profile players such as Garbine Muguruza, Elina Svitolina, Karolina Pliskova and more. Let’s take a look at the draw with the second tournament preview of the new season…

Please note that there are some issues with the post. Thanks for your understanding.

2017 was another successful season for Garbine Muguruza, winning her second Grand Slam title in Wimbledon and a second Premier title in Cinccinati, including holding the WTA World No.1 spot for four weeks. Muguruza though ended her 2017 season on a disappointing note, winning only five matches in her last four tournaments, and will look to start 2018 on a fresh note at the Brisbane International, a tournament that she has begun her season at for the past three years.

Draw projections: The top 2 seeds have a bye here, so Muguruza’s second round match will be against Carina Witthoeft or Aleksandra Krunic. Both players could cause problems for Muguruza, but I think a tight two setter will be the maximum Muguruza will give away. Her projected quarterfinal opponent is Anastasija Sevastova.

Race to No.1 is on: The first week of the season will have huge implications on the Australian Open seedings as Muguruza, Simona Halep and Caroline Wozniacki all have opportunities to come into the first Grand Slam as the No.1 seed. For Muguruza, she will need to reach the final in Brisbane in order to have a chance at returning to No.1.

Karolina Pliskova had another banner year in 2017, claiming three titles in Brisbane, Doha and Eastbourne, and was one of the most consistent players on the tour, amassing a 53-18 win-loss record. She will look to replicate this kind of form in 2018 – at this point last year Pliskova was playing her best aggressive, solid and forceful tennis and was one of the contenders for the Australian Open. This year she also comes in as one of the contenders, but in a new position, starting 2018 in the top 5.

Draw projections: Pliskova will play a qualifier or Catherine Bellis in round 2, with Ashleigh Barty a possible and tricky opponent in the last eight. 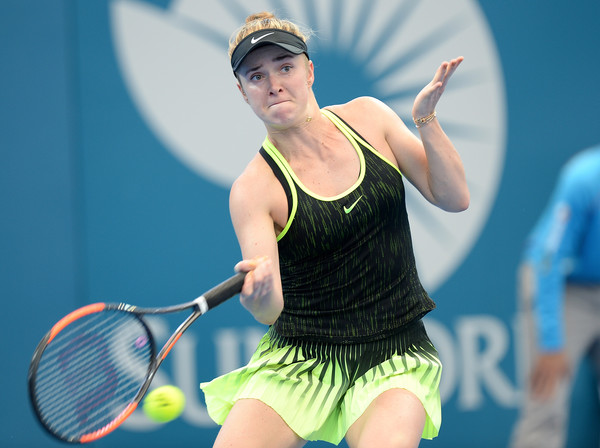 Elina Svitolina has improved her year-end ranking every year since beginning her WTA tour and this trend has continued into 2017 – starting the year ranked No.14, Svitolina won a record five WTA titles (including 3 Premier 5 trophies) and ended the year as No.6, including reaching a career-high rank of No.3 in the process. Svitolina will return to the Brisbane International for the fourth time in her career.

Draw projections: Svitolina has a fun first rounder against Carla Suarez Navarro. The two are tied in their head to head at 2 wins apiece, with Suarez Navarro winning a three-set thriller in Birmingham most recently. Kiki Bertens or Ana Konjuh looms in the second round. She is seeded to meet Johanna Konta in the QFs which is her doubles partner for the week!

It’s a shock to see Caroline Garcia as a top 8 seed in a Premier tournament because just a few months ago (September), Garcia was ranked No.20 and completely under the radar. Until Wuhan and Beijing, where she stunned the WTA world by claiming the China double, 11 straight match wins and a coveted last spot in the WTA Finals best eight line-up. Coming into 2018, Garcia will start the season as a top 10 player for the first time ever; can she handle the pressure?

Draw projections: Garcia is in a quarter with potential drama. First she faces Alize Cornet, which is a notable match-up considering the French Fed Cup drama last year (although they already met twice in 2017 and nothing happened 😂). Mirjana Lucic-Baroni could be Garcia’s 2R opponent, in a helmets-on-the-ready match. If the Frenchwoman manages to pass the first two rounds then a match-up with Kristina Mladenovic could ensue… 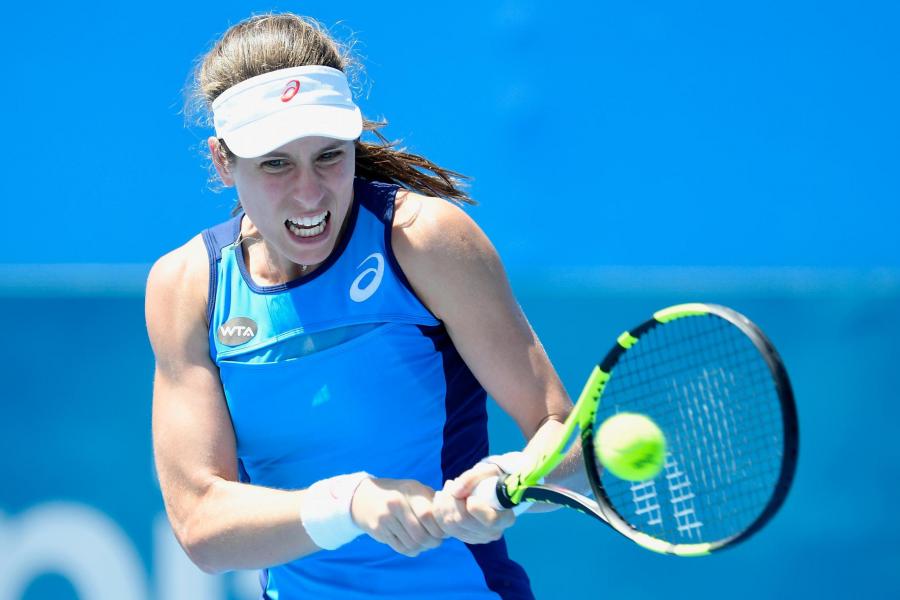 Johanna Konta followed up her breakout 2016 season with a really good first half of the 2017 season, claiming titles in Sydney, Miami and a semifinal appearance in Wimbledon, but failed to back that up in the second half of the year, ending the year on a five-match losing streak, officially shutting her year citing a foot injury. Her recovery thankfully has been speedy though – Konta recently participated in an exhibition tournament in Hua Hin where her movement looked OK. She also notched a win against Jelena Ostapenko there.

Draw projections: Konta has a dangerous first round opponent in Madison Keys, the highest ranked unseeded player in the draw. Keys was struggling with injuries once again at the end of the season but it was good to see her practicing in Brisbane already.  An all wildcard and Aussie match-up in Alja Tomljanovic and Destanee Aiava would decide Konta/Keys’ second round opponent. 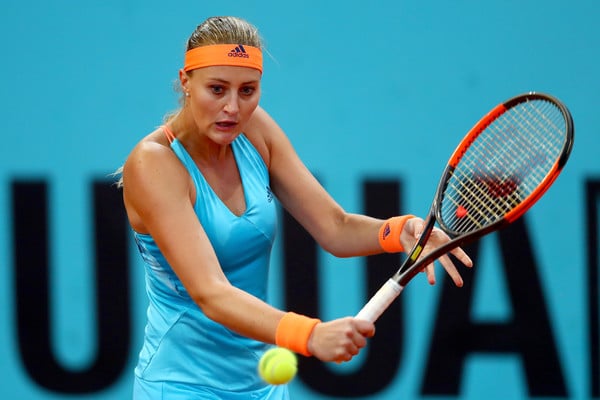 Mladenovic’s 2017 was pretty similar to Konta. Up till the French Open, the Frenchwoman had one of the best win-loss records on the tour, amassing 31 wins to 11 losses, including four finals in St.Petersburg (won), Acapulco, Stuttgart and Madrid, including a quarterfinal run at her home Slam in Roland Garros. However it all came crashing from then onward, eventually ending the year on an 11-match losing streak. Much ironically, Mladenovic ended the year ranked No.11 too(!), but it showed how much good did Mladenovic do in the first part of the year. Mladenovic starts the year in Brisbane where she will face an uphill struggle to defend her large chunk of points in the first five months of 2018.

Draw projections: On paper, it looks like Kiki can finally win a match as she faces a qualifier in round 1, but there are still many big names in the qualifying draw with Natalia Vikhlyantseva, Aliaksandra Sasnovich, and more to boot… The winner of that will then play either Petra Kvitova or Anett Kontaveit! 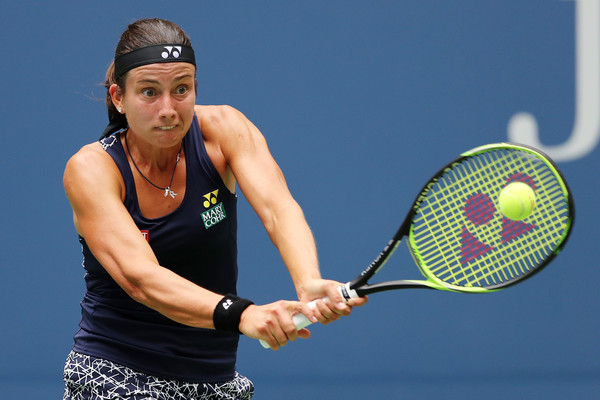 Puzzling losses like a 1-6 1-6 shocker to Petra Martic in Roland Garros and a 1-6 3-6 loss to Ana Bogdan in Bucharest, it has been a largely valiant effort from Anastasija Sevastova who defended her quarterfinal points at the US Open, and also made two semifinals in Dubai and Zhuhai, and a title in Mallorca. Let’s see if she can do even more in 2018…

Draw projections: Sevastova has a tough opener in Samantha Stosur, but the Australian is known to have never done well in her own homeland. Sorana Cirstea is the Latvian’s likely second round opponent. 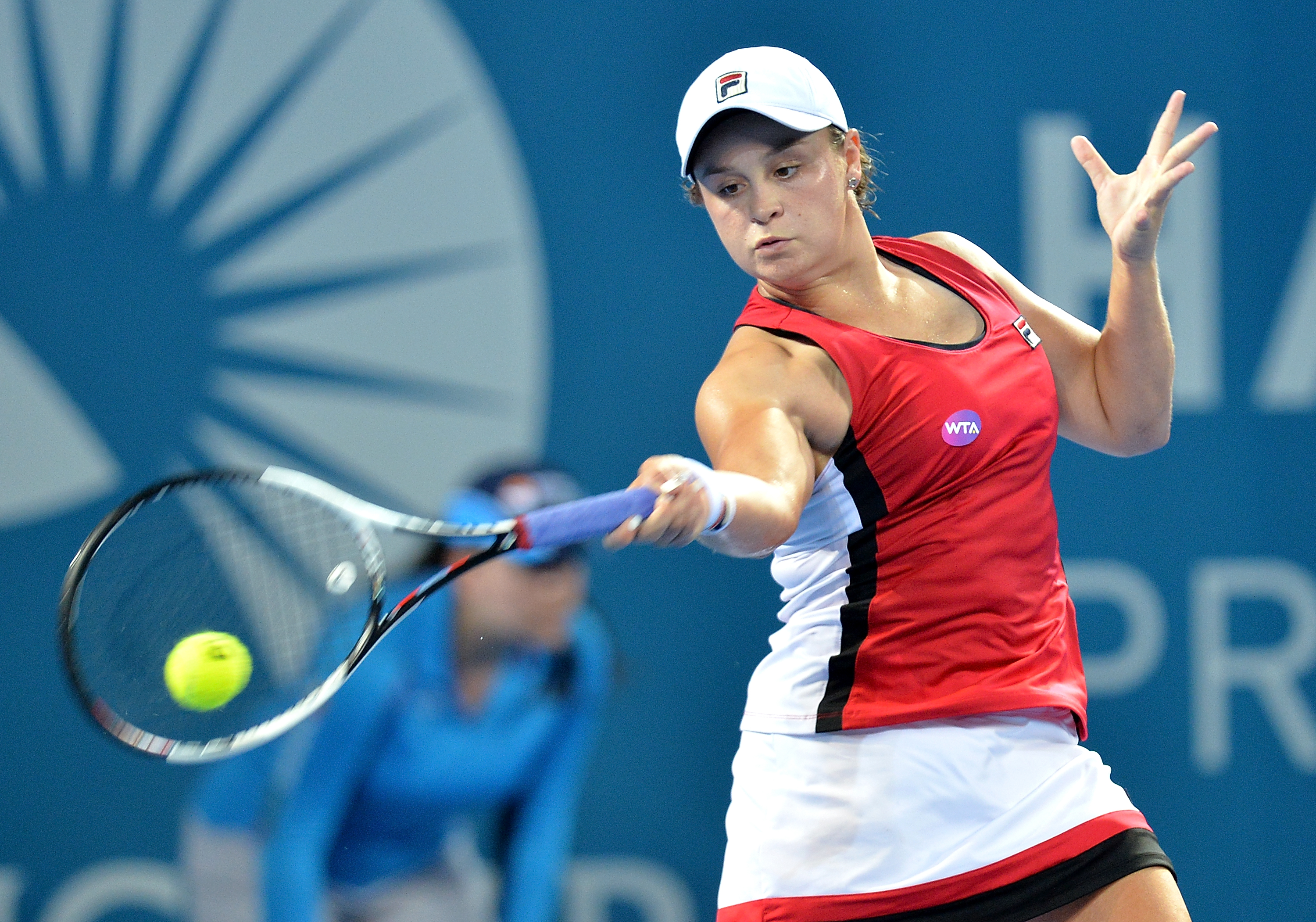 Last year during this time, Ashleigh Barty needed a wildcard to enter the Brisbane International… now, she’s seeded No.8! What a 2017 season it was for the Australian as she claimed her maiden title in Kuala Lumpur, reached finals in Birmingham and Wuhan, and also had doubles success with Casey Dellacqua, reaching the Roland Garros final. She really has the complete game and even Garbine Muguruza said she could possibly win a Slam title in 2018! Now in the spotlight, I’m wondering if Barty would be able to live up to all this hype… For now I’m at a tentative yes but let’s see how she fares in her first event here.

Draw projections: Barty kicks off her season against Lesia Tsurenko, then possibly Daria Kasatkina in the next round. Both have weapons, so I’ll be interested to see if she can bring her form from 2017 so early in the first tournament.

Brisbane predictions are here, you can find them at the menu at the top of the blog as well. Thanks for reading! 🙂