The first main draw of the 2018 tennis season has been released with the Auckland Classic line-up producing a number of high profile players such as Caroline Wozniacki, Julia Goerges, Agnieszka Radwanska and more. Let’s take a look at the draw with the first tournament preview of the new season… 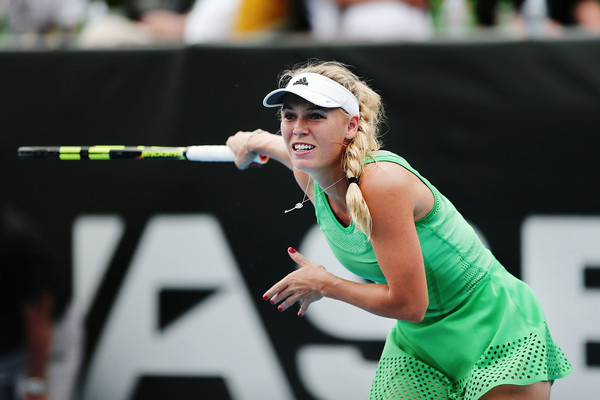 It’s hard to think that just one year ago at the 2016 US Open, ranked No.74, Caroline Wozniacki was just two games away from a first-round exit to Taylor Townsend, which would have put her outside the world’s top 100. A year on and Wozniacki is back in the top 3, claiming her biggest title of her career at the WTA Finals in Singapore. Something that has still eluded the Dane is a maiden Grand Slam title; will it happen this year for her? Wozniacki’s best Slam is the US Open, but with a strong showing in Auckland this week, Slam glory could just be at her doorstep at the Australian Open.

Draw projections: Wozniacki will face Madison Brengle in round 1, the only player who beat Serena Williams last year, right at this location. It’s a perfect match-up for Wozniacki though – Brengle does not have the weapons to disrupt Wozniacki’s classy counter-punching game. Her second round opponent will be decided in a  match-up between youth and experience, Marketa Vondrousova vs Petra Martic. Both players had great years in 2017 – Vondrousova winning 60 matches, including her maiden WTA title in Biel, while Martic made back-to-back fourth round appearances in the French Open and Wimbledon. Her first seeded opponent would be Mona Barthel in the quarters, who has a first round meeting against Varvara Lepchenko. 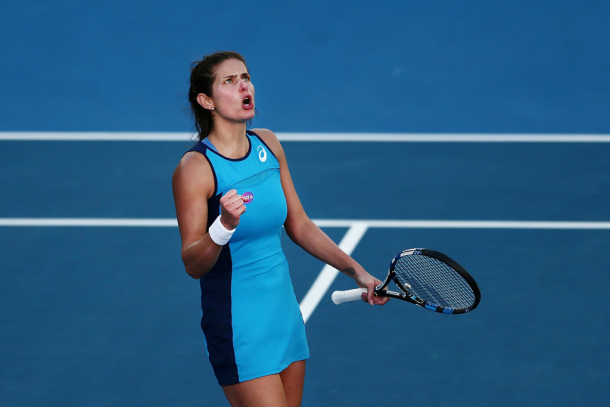 Most hard-hitters aren’t able to achieve consistency during back-to-back weeks, but that’s what Julia Goerges achieved in 2017, ending the year on a nine-match winning streak with titles in Moscow and Zhuhai, and finals in Mallorca, Bucharest and Washington. Goerges will try to back up her best year on the tour since 2012 in Auckland, a tournament she has visited for the past eight years.

Draw projections: Goerges plays the fiery Monica Puig – Puig actually leads the head to head 5-0, so this is definitely a tough first rounder for her. Wildcard Jade Lewis (who pushed Venus Williams to three sets last year) or a qualifier would be a round 2 opponent for the German if she progresses. The first seed she could meet is Donna Vekic, but the Croatian has a tricky first rounder against Kirsten Flipkens. 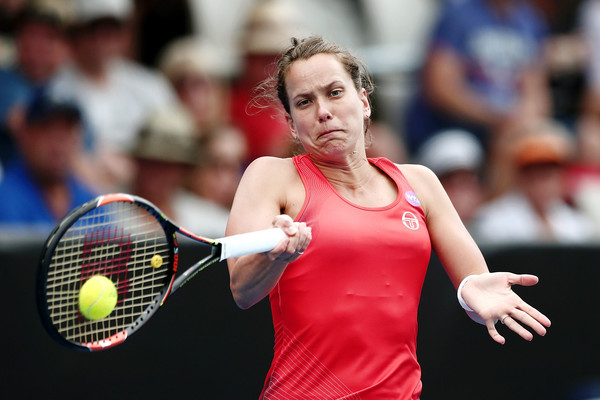 Barbora Strycova went pretty much under the radar throughout the whole of 2017 but a 43-25 win-loss record is not to be put down – her best results came in the latter half of the season when she reached the quarters in Beijing and claimed her second WTA title in Linz, which resulted in a maiden appearance in the WTA Elite Trophy in Zhuhai. Strycova is another player who has not done well in the Slams of late – her last visit to the quarters of a Slam was in 2014.

Draw projections: Strycova plays wildcard Sara Errani first; the two have a colourful head-to-head with Errani leading it 7-3. If she does get past that one, she’ll play either Johanna Larsson or Kurumi Nara, with No.6 seed Yulia Putintseva looming in the quarters.

Agnieszka Radwanska knows how it feels like to lift the Auckland Classic trophy having done that in 2013, but probably isn’t coming into this year’s edition with a great deal of confidence. Radwanska had one of her worst career years in a decade, struggling with illnesses and a foot injury, eventually ending the year ranked No.28, without a title. Let’s see if Radwanska can start her season off well in New Zealand, this time pain-free and completely healthy…

Draw projections: Radwanska kicks off her season in a first-time match-up against rising star Beatriz Haddad Maia, with a second round meeting with Christina McHale or Taylor Townsend. Radwanska leads the head to head against McHale 6-0, but has never played Townsend before. The other seed in her quarter is defending champion Lauren Davis, who starts off against a qualifier.

Other players to watch

Lauren Davis is the defending champion in Auckland and even though 2017 can be classified as her breakthrough year, having been one of the stars of the first three months amassing a 19-4 record, she only won seven more matches and during this span, even endured a seven match losing streak. Coming back to the place that she’ll have a lot of great memories in, can she regain her form before she suffers a huge ranking drop? She starts off against a qualifier, then will either play Veronica Cepede Royg or Lara Arruabarrena.

It wasn’t the best of seasons for the 2016 Olympic gold medalist Monica Puig – she plunged to No.57 in the rankings, having made only three quarterfinals throughout the whole 2017. However she showed the glimpses of form that got her to the gold medal with an inspired run to the final in Luxembourg, eventually falling to Carina Witthoeft. Given the nature of her game, she can catch a hot streak anytime and is definitely a player to watch in Auckland. She plays Goerges in a helmets-at-the-ready first rounder match-up.

The Italian made her return to tennis after a two-month doping ban in Tianjin, where she made the semifinals there. Since then she has dipped back into the lower tiers of the game which has helped her gain some points, winning an ITF 60K title and reached the semifinals in an ITF 100K Dubai event. Errani will look to upset Strycova as aforementioned above, leading the head to head 7 wins to 3.

Auckland predictions are here, you can find them at the menu at the top of the blog as well. Thanks for reading! 🙂