My attention is already onto the US hard court season as tournaments in Stanford and Washington kick off the season. The Bank Of The West Classic’s line-up in Stanford had already looked pretty promising, and even after Vika Azarenka the draw looks pretty awesome. Let’s take a look at it…

Player overview: This is Garbine Muguruza’s second time at Stanford and I’m surprised she is participating so early just after her Wimbledon triumph. The last time the Spaniard won the French Open last year, in her next three tournaments she failed to win back-to-back matches. I believe she will handle the pressure much better than last year but week-to-week consistency may still prove to be a tough task for her to conquer. We’ll see whether she can achieve that soon as the World No.5 is participating here, and in Toronto and Cinccinati.

Draw projections: As the top seed in Stanford, it doesn’t mean her draw would be a bed of roses at all. The World No.5 starts off with a bye, then either left handers Misaki Doi or Kayla Day, the latter having pushed Muguruza to three sets in Miami this year. She will probably play a pair of young guns in the quarters – Natalia Vikhlyantseva or Ana Konjuh.

Player overview: We will see Petra Kvitova on the hard courts earlier as expected as the World No.14 took a late wildcard into Stanford after apparently withdrawing from Bastad. The fast US hard courts highly favour Kvitova’s high-risk game, however she has traditionally not done well during this part of the season excluding the New Haven Open. Will that change this year?

Draw projections: Kvitova will play a pair of veterans in Kateryna Bondarenko or Francesca Schiavone in her opener. She will likely meet No.8 seed Catherine Bellis or Alize Cornet next. Overall on paper, a comfortable draw to make it to the semifinals.

We’re so excited to announce that @Petra_Kvitova is joining us in Stanford next week!https://t.co/uihzRkEmbm pic.twitter.com/r9IdGsnQQ2

Player overview: Madison Keys is in just her eighth tournament of the year and has amassed a mediocre 5-7 record to the season. Keys was struggling with a wrist injury all year and went for two operations, one just before Wimbledon. Now hopefully fully fit, can Keys showcase her abilities to climb back into the Top 10?

Draw projections: Keys could play Naomi Osaka in round 2… Bring the popcorn out guys! This rivalry will be one we will see in many years to come and they have already met twice, with Keys leading the HTH 2-0. If she gets past the Japanese, she could play… Maria Sharapova.

ONE WEEK TO GO!@Madison_Keys makes her return to Stanford soon. Don’t miss out.

Player overview: Anastasia Pavlyuchenkova is investing everything in to the US hard court swing, opting to play in Stanford, Toronto, Cinccinati and New Haven. Pavlyuchenkova has arguably been the International queen of the year, winning titles in Monterrey and Rabat. However, she has been unable to make a big move at the Grand Slams where her best performance at a major this year was at the Aussie Open… can she finally make a big move and start producing big results at the Premiers and Slams?

Draw projections: Pavlyuchenkova plays Alison Riske or Magda Linette first, with the former leading the head to head 3-1. It doesn’t get easier from then on… she could meet No.6 seed CoCo Vandeweghe afterwards.

And here we go again … 🚀🇺🇸#usseries

Player overview: Ana Konjuh has not been producing anything spectacular as of late, but her consistency throughout the whole season has been great, especially considering her as a big hitter. Coming off a fourth round run in Wimbledon, Konjuh should be flying with confidence and she will fancy her chances during this part of the season where she has produced decent results, most notably last year’s quarterfinal appearance in the US Open.

Draw projections: Konjuh kicks off her campaign with a qualifier then either another qualifier or Natalia Vikhlyantseva. She could face Garbine Muguruza in the quarters. 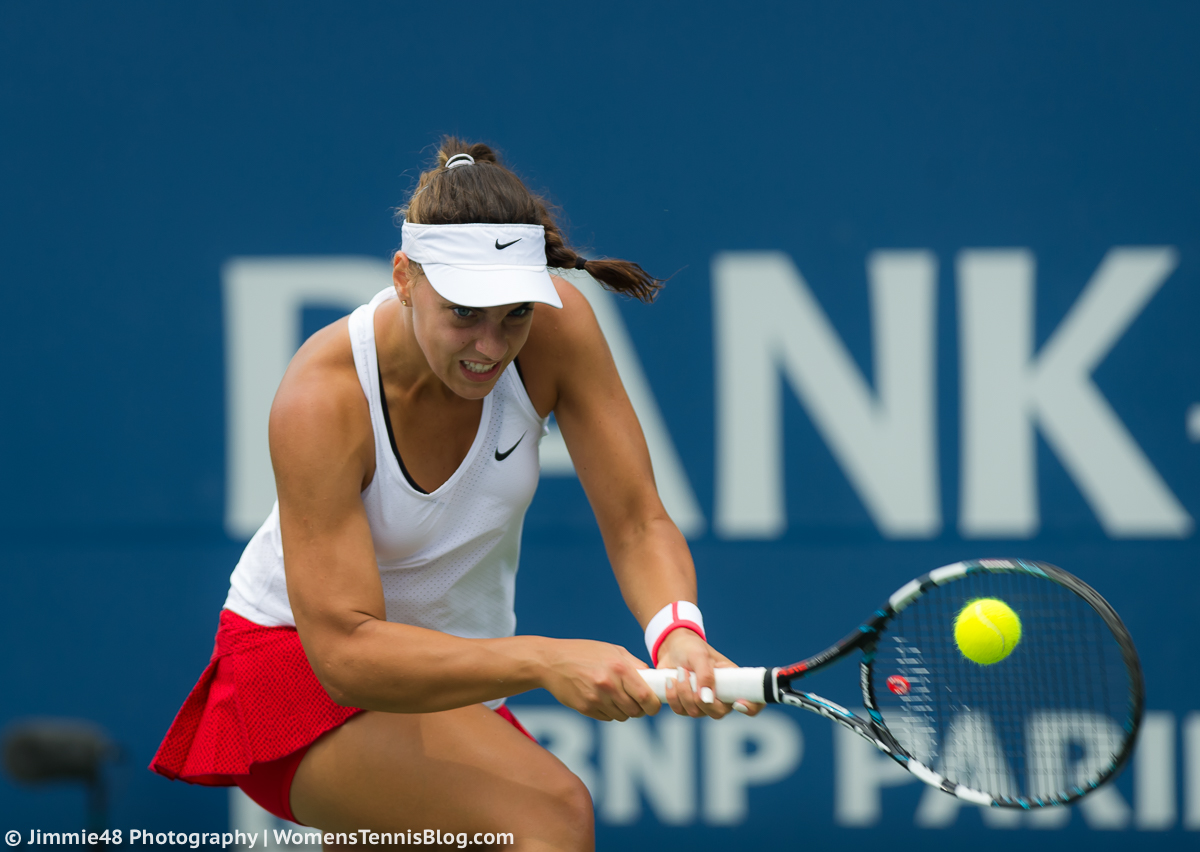 Player overview: CoCo Vandeweghe’s doesn’t have a consistent game and her results can fluctuate frequently… she has done well in the Slams but not on the WTA circuit. However she is another player whose game is tailor-made for the US hard courts and has always done well in Stanford… she won’t want to remember her last match here though as she twisted her ankle and was wheeled away in a wheelchair.

You should buy a ticket to come see @CoCoVandey and other WTA stars play next week!

Player overview: Lesia Tsurenko is one of my low-key sorta favourite players and I’m glad to see her faring so consistently throughout the whole season. Starting the year at No.61, Tsurenko has done well to climb all the way to No.31 and has a chance to be seeded at the US Open.

Draw projections: Tsurenko has the toughest draw out of all the seeds as she could play Maria Sharapova in the second round… the Ukranian will first have to get past Lara Arruabarrena.

Player overview:  This time last year at Stanford, Catherine Bellis was ranked No.204… now she’s a seeded player! Bellis is another player who has been having a really consistent season. Not defending much until the US Open, a few wins here and there in Stanford, Toronto and Cinccinati could see her breaking into the Top 30.

Draw projections: Bellis has a tough opener in Alize Cornet, arguably the best first rounder of the lot! She will play a qualifier or Kristie Ahn in round 2.

Are you ready, Bay Area?

Maria Sharapova (not a seeded player, but still…)

Player overview: Maria Sharapova’s last outing was in Rome where she retired to Mirjana Lucic-Baroni… Since then she has not played any WTA tournaments having withdrawn from her events during the grass court swing. She has played a couple of exhibition matches at World Team Tennis though and I’m expecting her to be fully ready for Stanford… is she a contender for the title this week?

Draw projections: Everyone except Maria and Vika fans were probably hoping for a Sharapova-Azarenka 1R… unfortunately the latter withdrew from the tournament. Sharapova plays Jennifer Brady in her opener, before Lara Arruabarrena or Lesia Tsurenko.

Thoughts on the winner: From the top half of the draw, without Sharapova I only can see Muguruza making the final, but with the Russian inside things could shape out differently, or just the same. Keys hasn’t played a whole lot of tennis this year, while Konjuh can be prone to some shocking losses. From the bottom half, it’s tough to decide between Vandeweghe or Pavlyuchenkova. I think Pavlyuchenkova may struggle against Riske so I’ll g with the former but I can see Vandeweghe losing in her opener too!