Kristina Mladenovic’s dream run at Roland Garros continues with a tough opponent in the form of former semi-finalist Timea Bacsinszky.

Overview: Timea Bacsinszky just seems to love Roland Garros. Starting the year with a third round appearance in the Australian Open she started to struggle with injuries, retiring to Karolina Pliskova in Indian Wells, before withdrawing from Miami. A switch to clay did not help her in the beginning, falling at the second hurdle in Rabat and Madrid before she began to find some form in Rome, reaching the third round. That proved to be helpful as Bacsinszky powered past Sara Sorribes Tormo, Madison Brengle and Ons Jabeur with the loss of just nine games. The Swiss took the scenic route in her win against Venus Williams – leading 5-1, she lost the next six games before wrapping up the match 5-7, 6-2, 6-1. 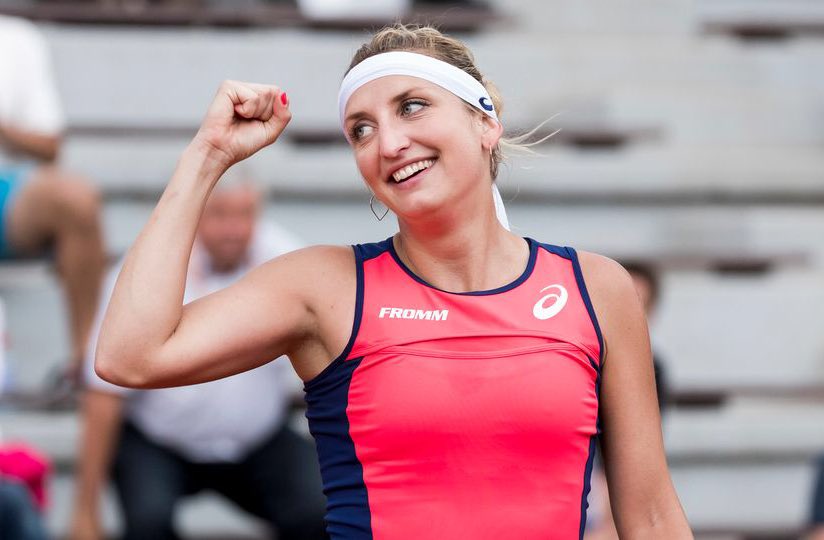 Kristina Mladenovic has definitely had a tougher route than Bacsinszky to the quarterfinals. The Frenchwoman is probably the most in-form player on the tour; starting the year off with a dismal Australian swing, she rebounded back nicely with a first WTA title in St.Petersburg. Although she has not won a title since, she has made three finals so far, in Acapulco, Stuttgart and Madrid. Things has not gone straightforward for the Frenchwoman though, overcoming a nagging back injury to beat Jennifer Brady 9-7 in the decider. The World No.14 seemed better in a “why you say forza” straight sets win over Sara Errani, but once again had to come back from 2-5 down in the decider to beat Shelby Rogers, 8-6. She went the distance yet against, against defending champion Garbine Muguruza she was buoyed on by the home crowd and managed to win 6-1 3-6 6-3.

Head to head: Mladenovic won their first encounter in Eastbourne but their most recent match was in Fed Cup, Switzerland where Bacsinszky won in three tough sets with Mladenovic questioning a Bacsinszky medical time-out!

Thoughts: Another tough match to call – don’t exactly think Bacsinszky will be too affected by the French crowd, Muguruza was clearly disturbed by them as she was pretty emotional in the press. Mladenovic hasn’t been doing too well so far though, she has scrapped through most of her matches and her double fault count has been pretty high, reaching to 16 in her win against Muguruza. Bacsinszky is an experienced player and can certainly take advantage of that – I’ll pick her to make the upset.